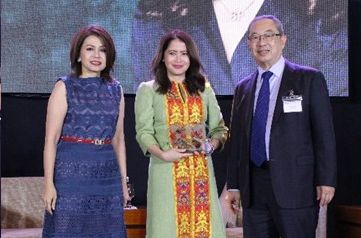 ICCP Group Chairman Guillermo D.Luchangco opened the program with Welcome Remarks followed by WTCMM President Pamela D. Pascual who formally introduced the Tourism Head. Secretary Puyat began her speech with an overview of industry statistics and its contribution to the economy. She discussed DOT’s various work programs including a brief update on the Boracay rehabilitation. Secretary Puyat also shared that the new DOT leadership will be centered on creating a culture of sustainable tourism which means the numbers do not matter the most, but rather the balance between business opportunities and social responsibility.

In the second part of the program, DOT Undersecretary Art Boncato led the open forum and entertained questions from the attendees who are mostly entrepreneurs and industry leaders. In his answers, Usec. Bonacato further edified the DOT’s mission in promoting tourism as a major socio-economic activity to generate foreign currency and employment and to spread the benefits of tourism across all classes.