In support of our kababayans affected and displaced by the eruption of the Taal volca- no, sister companies Science Park of the Philippines (SPPI) and Pueblo de Oro De- velopment Corporation (PDO) stand in unity with the communities they serve in the province of Batangas and mobilized a relief operation in Sto. Tomas and Malvar, Batangas last Jan. 19, 2020. 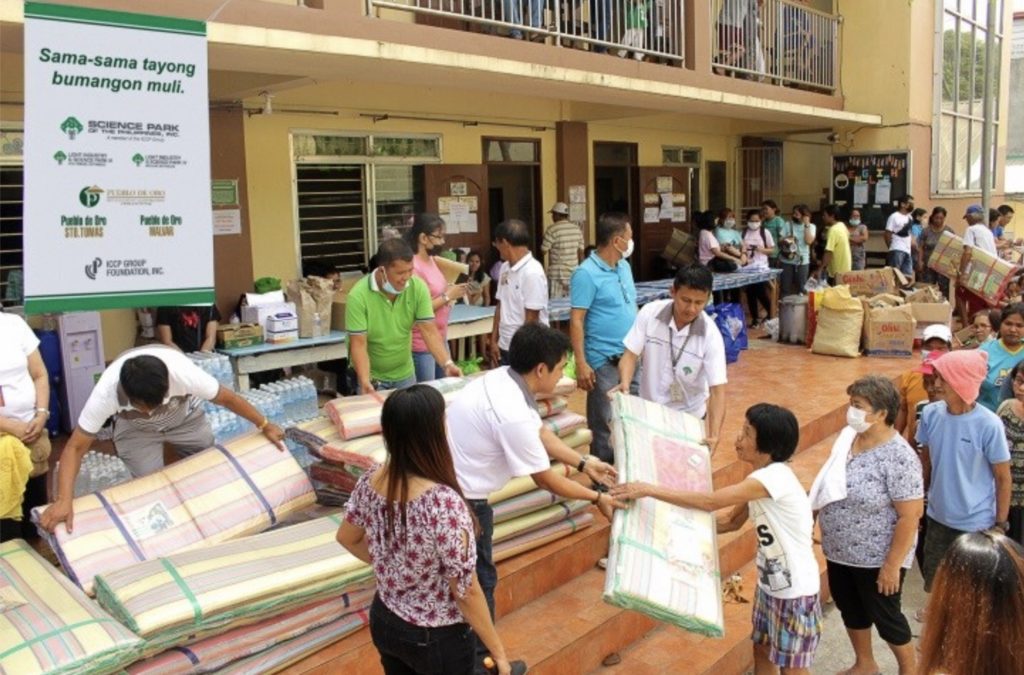 Both companies joined hands in distrib- uting relief goods consisting of 700 sets of sleeping mats, towels and blankets to dis- placed families and evacuees from the towns of Talisay, Agoncillo, particularly from Brgys. San Gregorio, Bilucao, San Juan and Bulihan which are within the 14km. radius of Taal volcano . Following this first wave of donation, the companies are also stepping up relief efforts to reach more communities in the coming weeks. More donations will include non-food items such as slippers, pails, dippers, hygiene kit, and diapers.