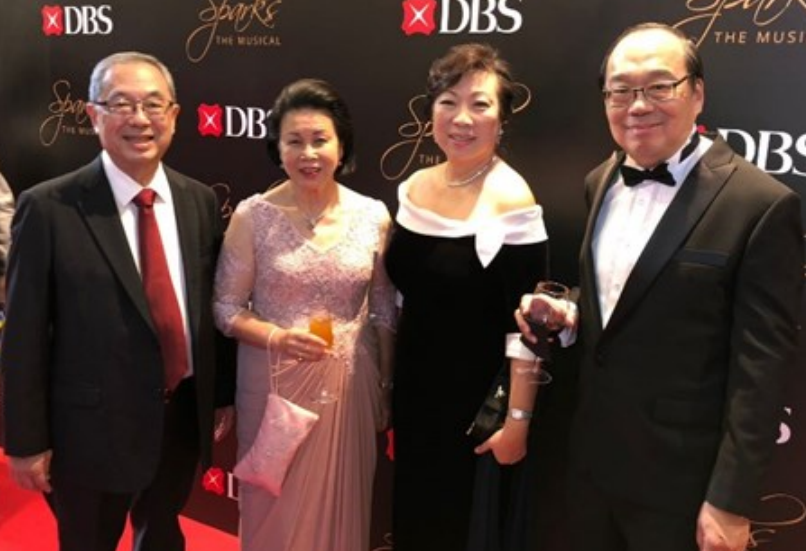 The Development Bank of Singapore (DBS), the largest bank in Southeast Asia and share- holder of Investment & Capital Corporation of the Philippines (ICCP), recently celebrated its 50th anniversary with a musical based on its award-winning web mini-series, Sparks. The musical by Singapore theatre company Pangdemonium ran from August 3-5, 2018 at the Capitol Theatre in Singapore.

The gala show on the evening of August 4 was graced by the bank’s clients, supporters and stakeholders, including ICCP Group repre- sentednby Chairman Guillermo D. Luchangco. Luchangco presented an artistic rendition of a sailing ship made out of a seashell to DBS CEO Piyush Gupta as an expression of ICCP’s grati- tude to the bank which has been an integral part of its journey and success.

The special musical, which served as a tribute to the bank’s pioneers as well as leaders and staff who have shaped DBS over the years, was also an opportune time to envi- sion future collaborations and opportunities for growth between DBS and ICCP.